I’m so excited to share some recipes to create a week night Greek Feast that are both easy to prepare, and absolutely delicious!

I am ashamed to say that during the marathon four months of renovating our house this spring and summer, we ate take-out more than I am willing to admit. Honestly, I was conflicted between guilt and exhausted apathy because after working on the house all day, I just did NOT have it in me to cook a meal. We also had **many** fend fo’ yo’self nights thrown in the mix…I would walk into the kitchen and my boys would be eating a smorgasbord of inexplicable randomness…

So after a while, I just couldn’t bear to look at another take-out dinner or face myself for dropping the ball so epically in the meal-prep department.

At this point, it seems painfully obvious that, perhaps I should have been allowing my crock pot to do some of the work for me, but truth be told, I just don’t use it very often. Mostly because you have to think ahead, and that is not my strong suit. But I guess I got desperate enough to drag myself out of a predicament and fired up the ol’ crock pot! Thank goodness! Haha!!

I went to Mac’s Fresh Market in Drew and received inspiration from the sale stickers…country style ribs were super cheap and I had a hankering for Greek! Opa!!!!

Inspired by my Sister’s Cooking!

This is actually a (dumbed-down) version of a Greek feast that my sister, Starla used to prepare for us as a family, and also for occasional catering jobs. Starla is more than a sister to us, she is like a second mother! She has taught us all so much! I am so very grateful for the women in my family inspiring me to grow, to create and to become. I hope y’all enjoy this week night version of Starla’s (much more elaborate) gourmet Mediterranean cuisine! God bless!

Throw all the ingredients in your crock pot with your meat and cook it low and slow while you do aaaaalllll the things!

Starla makes the most amazing flat bread to serve with her Greek feast, but for our week night version, I used the hand made flour tortillas from Trader Joe’s. (Just use whatever tortillas you can get your hands on: regular, sprouted, gluten free, paleo, organic, etc.)

Tzaziki is a MUST

Tzaziki is a MUST and it is super simple to throw it together!! (Just a note, I don’t even squeeze the liquid off my cucumbers anymore…I mean, you CAN, but you don’t HAVE to…ain’t nobody got time fa’dat! Also, I did NOT use yogurt…which is best if you drain off the whey…so I just used sour cream…keeping it REAL simple, y’all!!!!)

Peel cucumbers, cut long-ways and spoon out seeds. Shred cucumbers with cheese grater, then place in a wire mesh strainer over a bowl. Allow as much liquid to drain as possible…at least an hour. Squeeze the mess out of it and place in a bowl. Using same technique, place a coffee filter over wire mesh strainer and drain whey off of yogurt…also at least an hour. Add yogurt, sour cream and remaining ingredients to the bowl and mix well. Serve immediately or allow flavors to mingle in the fridge for an hour or two.

*You can half this recipe very easily so you don’t have a giant bucket of leftover Tzaziki…but I always end up using the leftovers on ev.er.y.thing for a week solid…because I LOVE IT!!!!!

I served  our week night Greek feast up kind of like a Greek burrito with lettuce and tomatoes and some caramelized onions, topped off with the Tzaziki and Opa! It was DE-LISH!!!!! 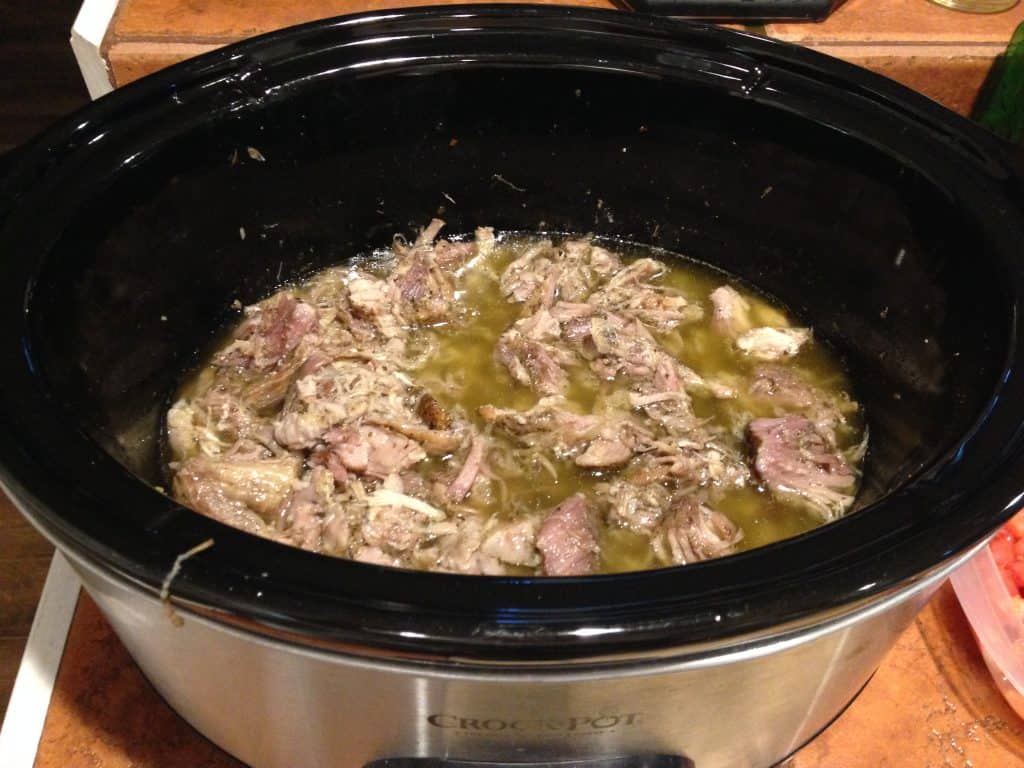 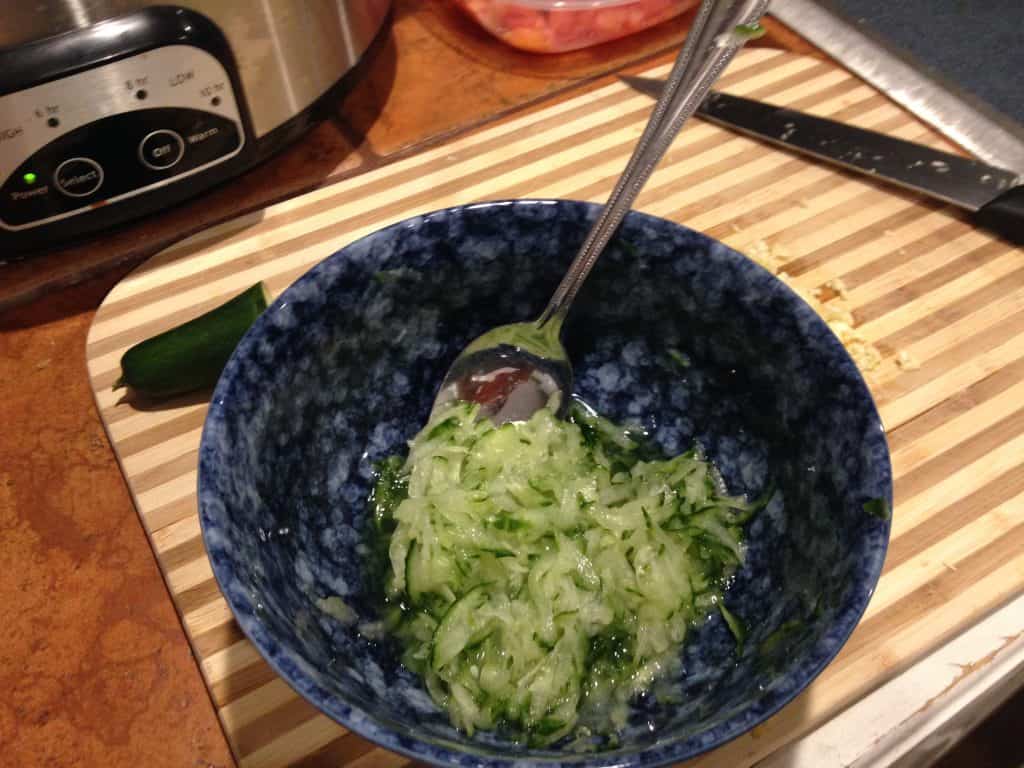 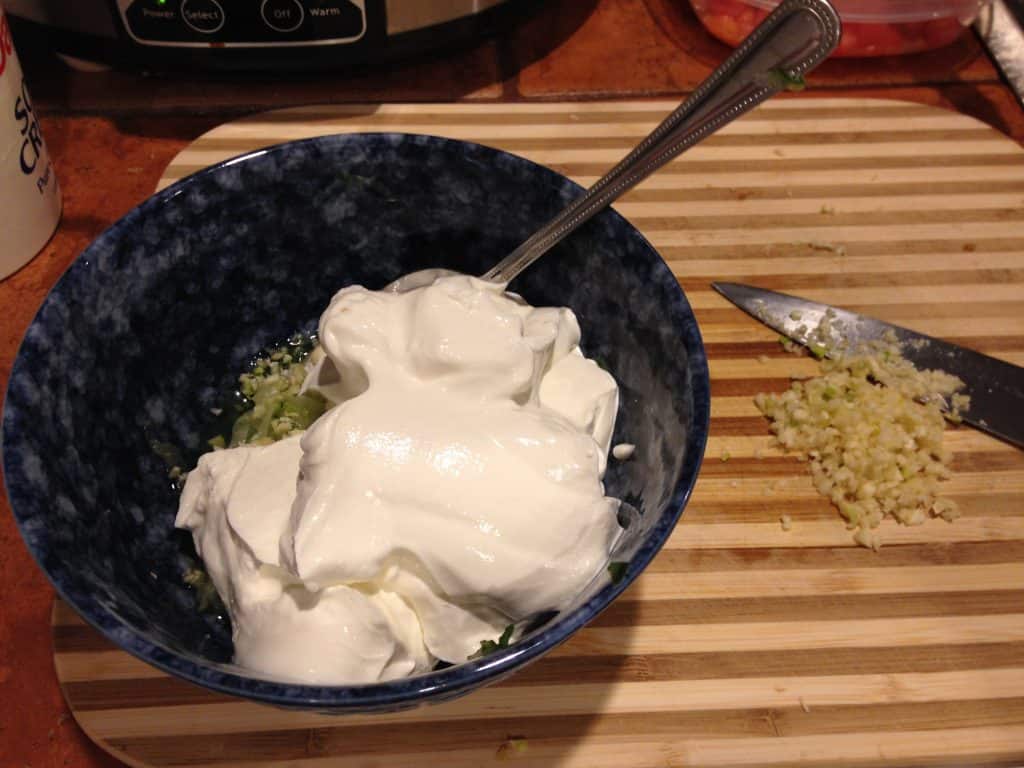 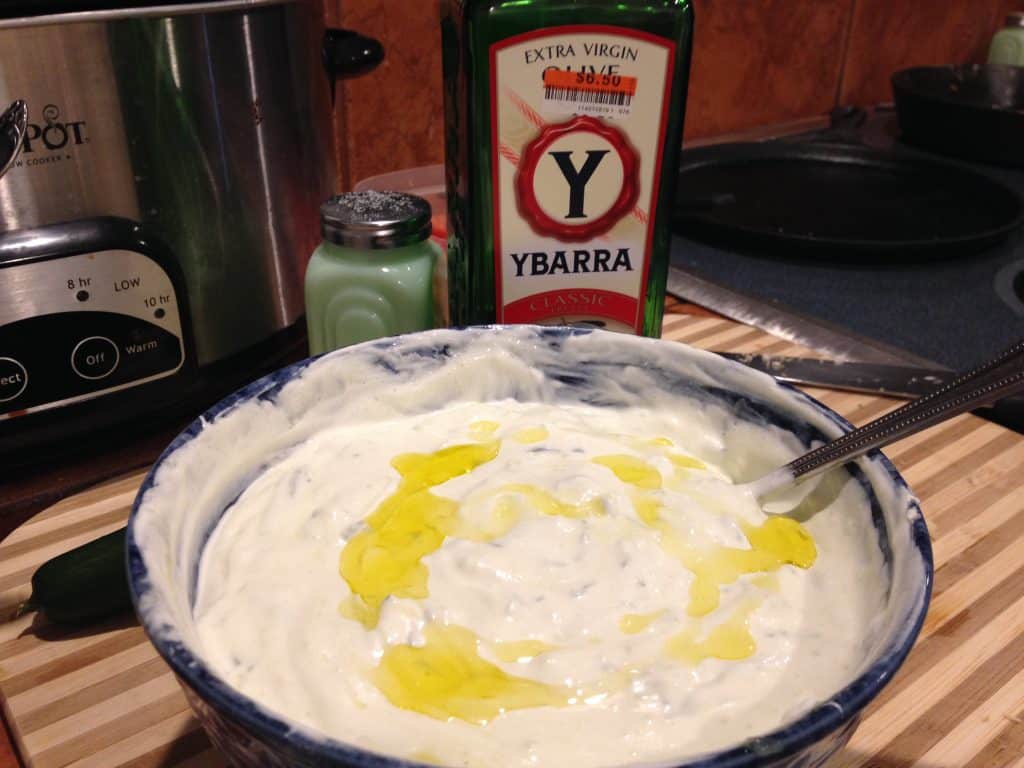 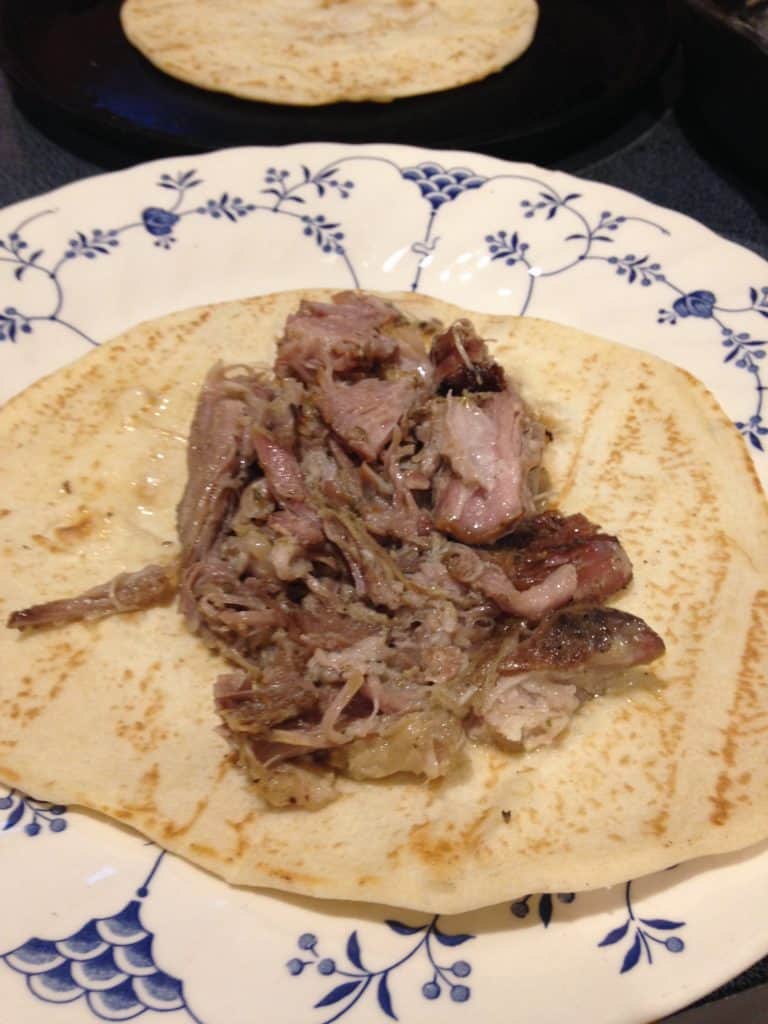 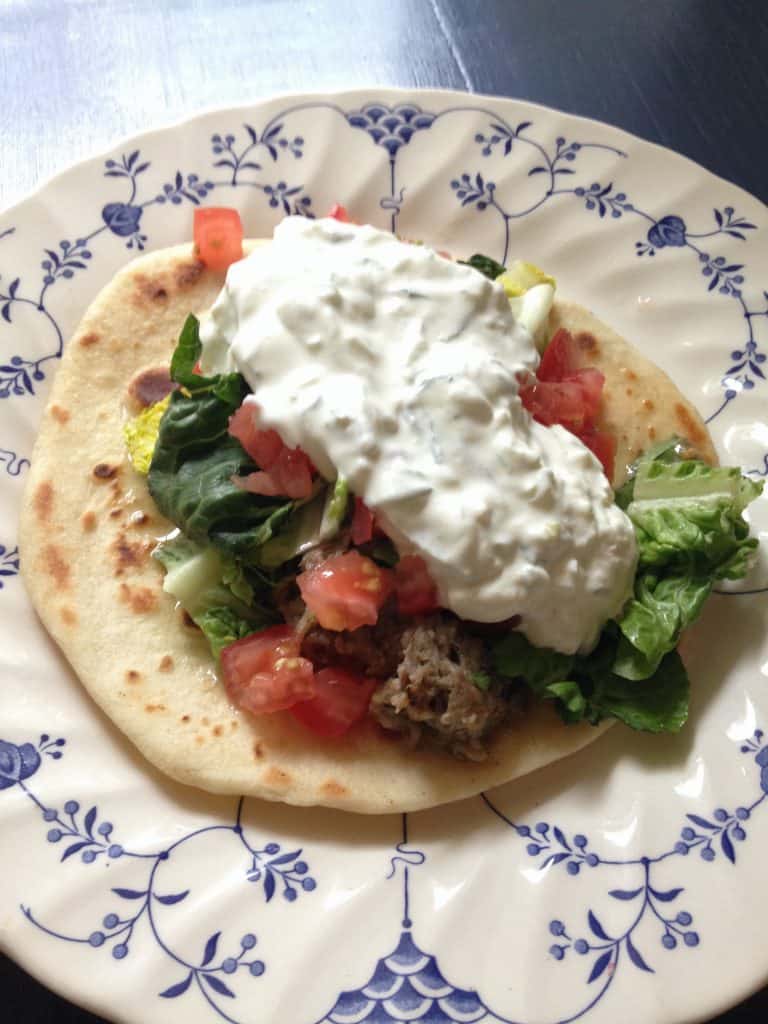 Our sister, Starla is a gourmet!!!! She has been more than a sister to us, she is our 2nd mom! She has such a beautiful spirit and so many amazing gifts and talents. We are so blessed to have her in our lives! We love you, Starla!!!! Thanks for the inspiration, girlfriend! 😘(This photo is from tomorrow's post "Week Night Greek Feast" Come on over to the blog to check it out! Link in profile! ) #gourmetsister #lifefullandfrugal #weeknightgreekfeast