Hey friends! Y’all are going to LOVE this easy recipe for deep south biscuits! We make these often and they are always a huge hit with my family!

So, several years ago I was a part of a ministry called Heart to Home in which older women took on the role of mentoring younger women based on Titus 2:3-5. We would get together once a month and the ‘heart moms’ would cook a lovely meal for us, then we would do a craft together and have a Bible study. Sometimes the craft was just teaching us a recipe. One evening, our heart mom showed us how to make biscuits.

Making light, fluffy biscuits used to be the measure of a good home cook in a bygone era. If you have ever attempted these culinary delights, you know how finicky working with biscuit dough can be. I am always so afraid to overwork the dough and make the resulting biscuit tough and dense. As our heart mom gathered ingredients, I was hopeful to receive some tips to make a better biscuit.

Biscuits from the Heart of Cajun Country!

I was also excited because she happened to be from a little town deep in the heart of Cajun country in south Louisiana. Louisiana is almost two states mashed into one because the northern half (where I live) is pretty distinct from her southern counterpart. It’s like a whole other country down there! One thing is for sure though, everyone from south Louisiana seems to be a masterful cook! And I do mean EVERYONE. I was prepared for gastronomic genius to unfold, and yet, I was still caught off guard by a biscuit recipe unlike any I had ever experienced before.

Our ‘heart mom’ mixed an almost glue like substance together and then poured the goo onto a paper towel covered with a mound of flour. She carefully rolled the loose dough around the flour, holding the edges of the paper towel, until it coated the entire mass. Then she carefully placed the dough in a skillet filled with at least a quarter inch of oil. I was a little worried about all that oil until…

They served them with our dinner and they were just…heavenly! Like clouds!

They were the lightest, fluffiest, most amazing biscuits ever!!!!

And the best part was that there was no rolling out the dough, cutting out the biscuits, then trying not to over-work the dough for the next batch.

Since that night when I experienced biscuit heaven, I have adapted the original recipe to be prepared in a food processor. It doesn’t have to be, but it makes your life so much easier, and I’m telling you, you can’t mess up this dough. These biscuits turn out sublime every time. Prepare to be the queen of breakfast and brunch with these fluffy, light biscuits from the deep south of Louisiana’s Cajun country!

First, preheat your oven to 400 degrees. Melt the Lard in a well-seasoned skillet, then melt the butter in a small sauce pan. Next, place all the dry ingredients in the bowl of your food processor and mix together. In a large Pyrex measuring glass, whisk together your buttermilk and melted butter. Turn your food processor on and slowly pour your buttermilk and melted butter mixture through the spout. Mix ingredients until all the dry and wet ingredients are incorporated. The dough will come together and form a ball. You are looking for a wet, gooey, and slightly looser dough, but it will still be kind of fluffy due to the baking powder.

The next thing you will need to do is lay down a paper towel and pour a mound of flour in the center, maybe about a quarter to a third of a cup. Use a spoon to scoop up the dough and place it on the mound of flour. Pick up the edges of the paper towel and roll the dough around in the flour until it is fully coated. Now you can pick it up and gently place it in your skillet with your lard. You want to place the biscuits in close proximity so they don’t dry out. Place your skillet in a 400 degree oven and cook for 20 minutes or until golden brown. Enjoy! 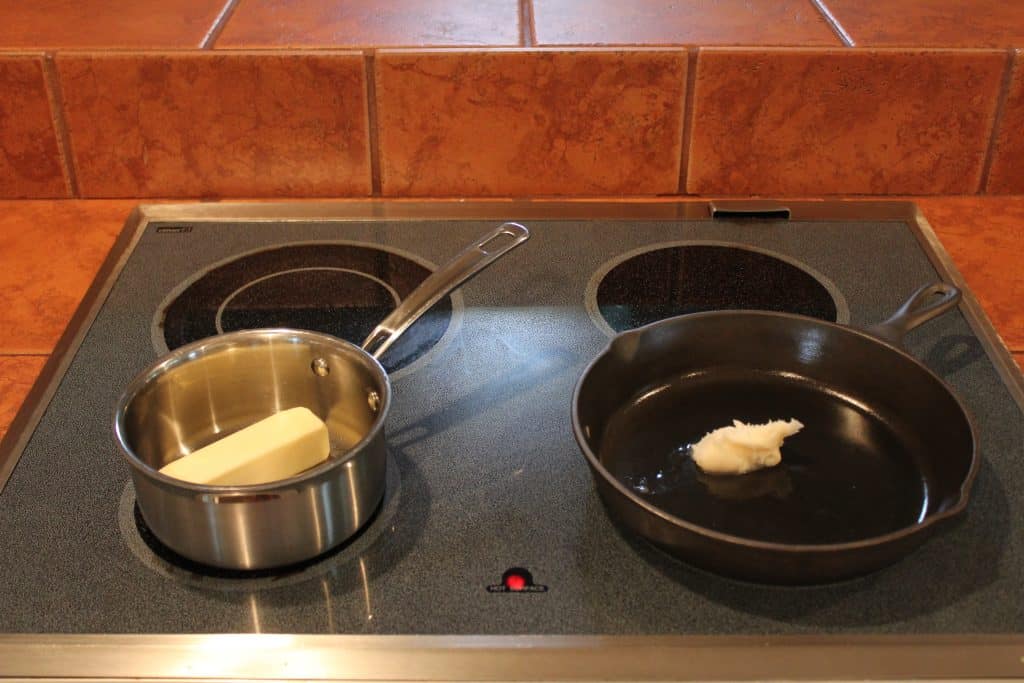 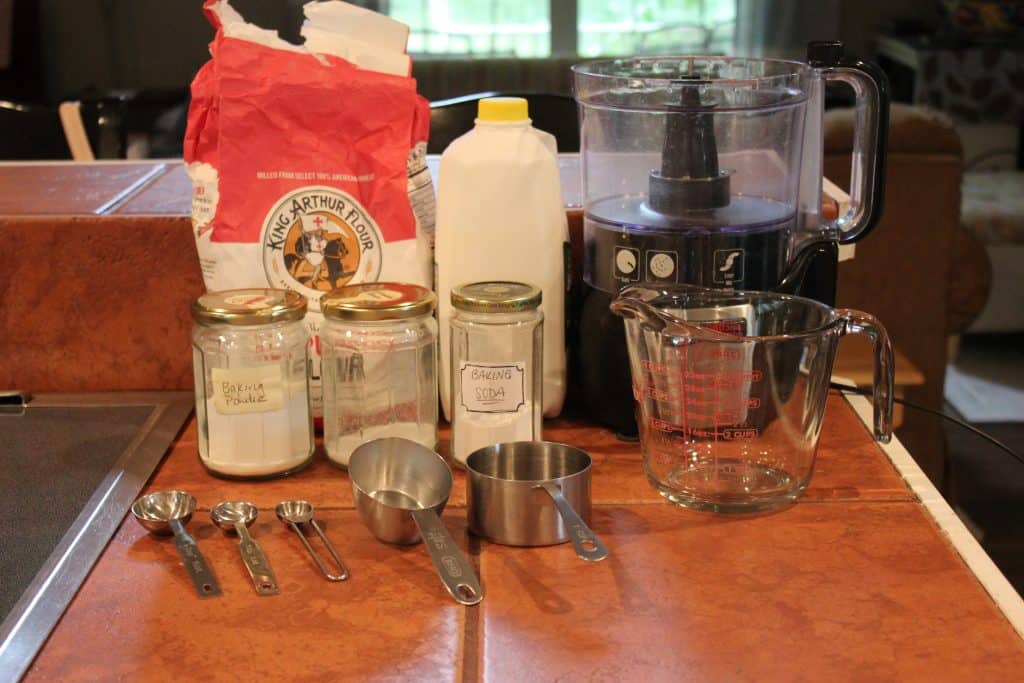 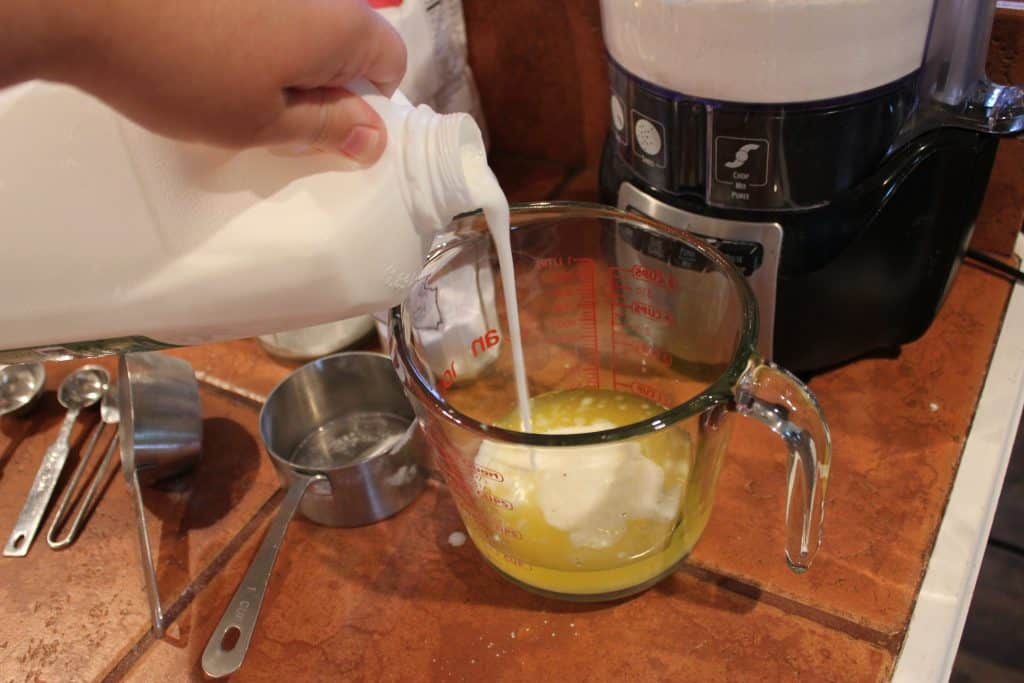 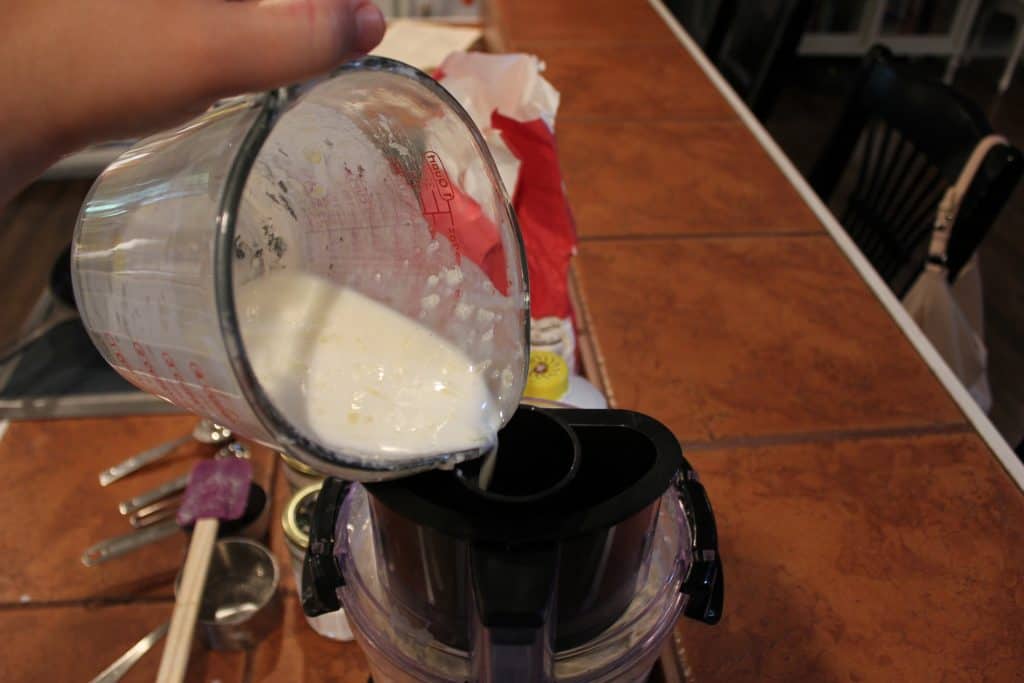 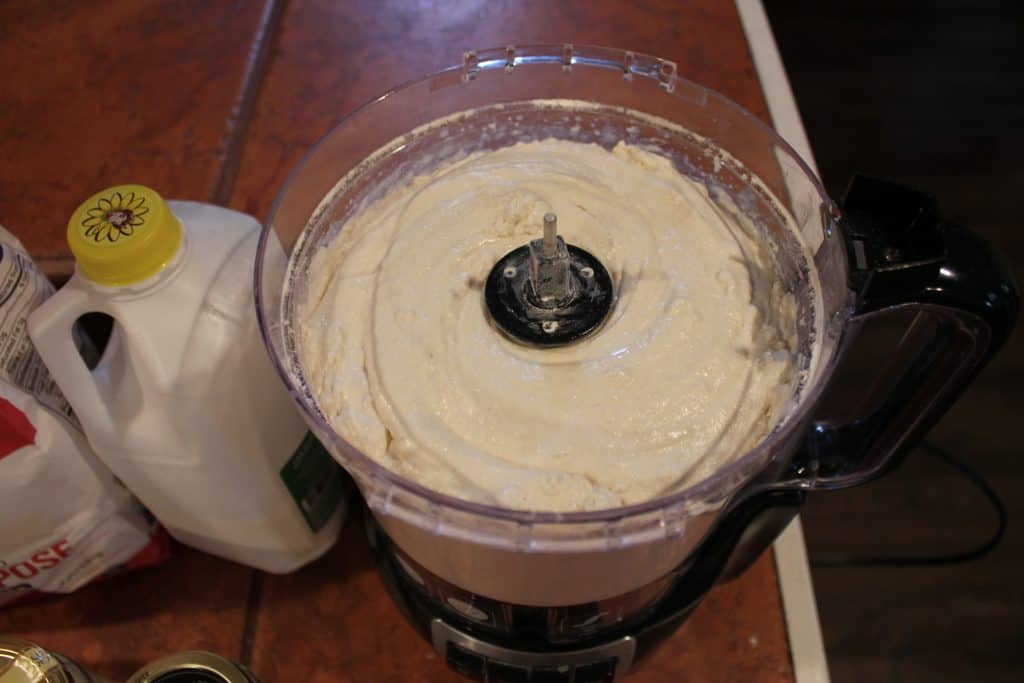 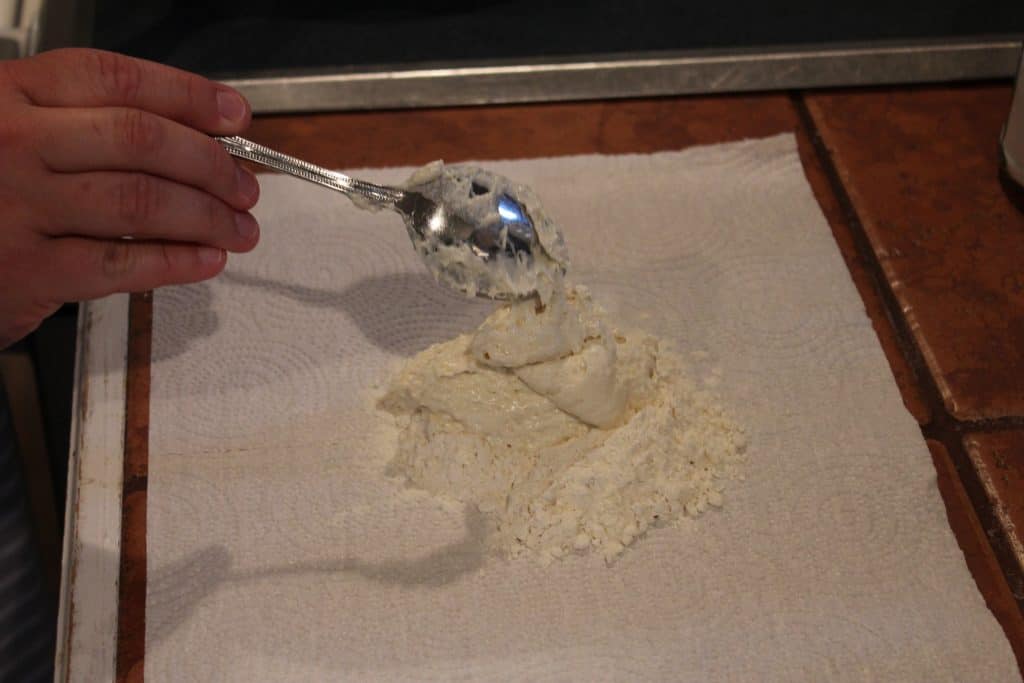 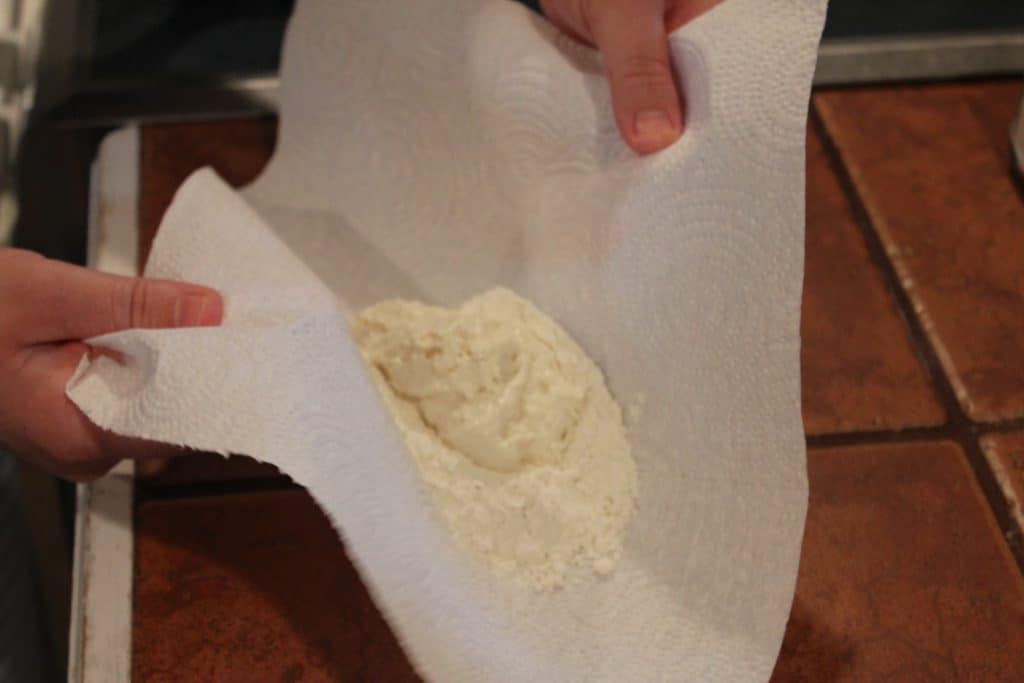 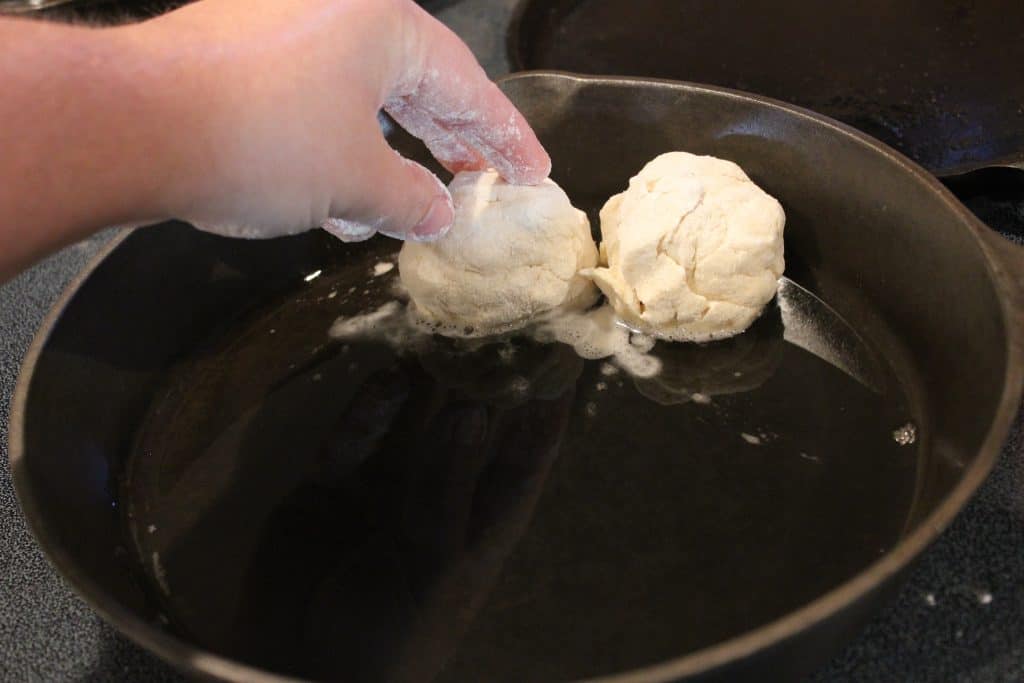 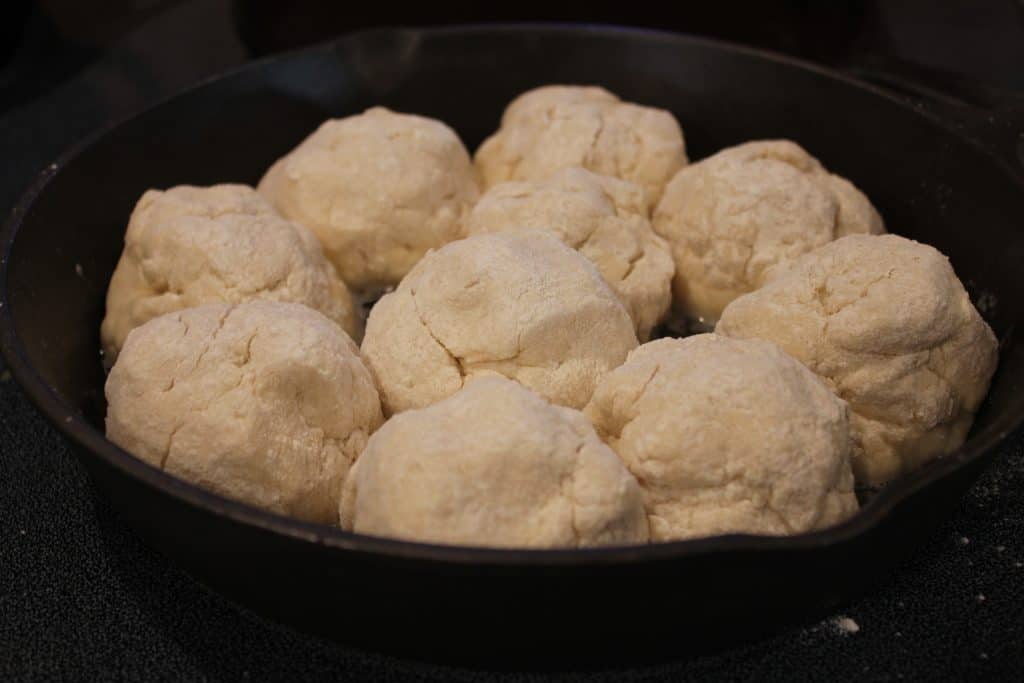 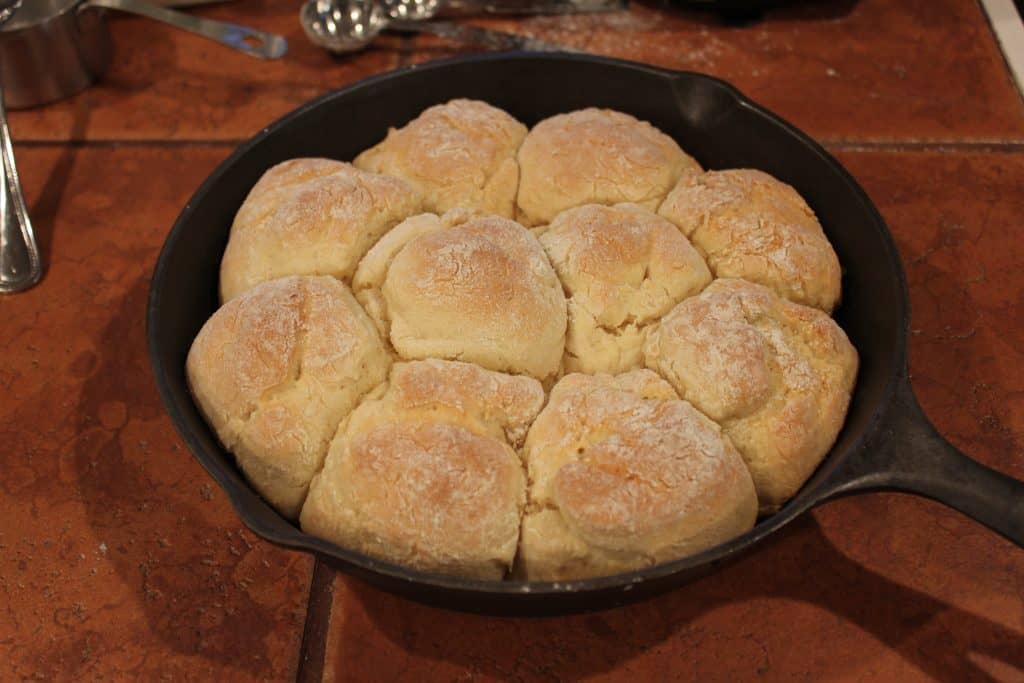 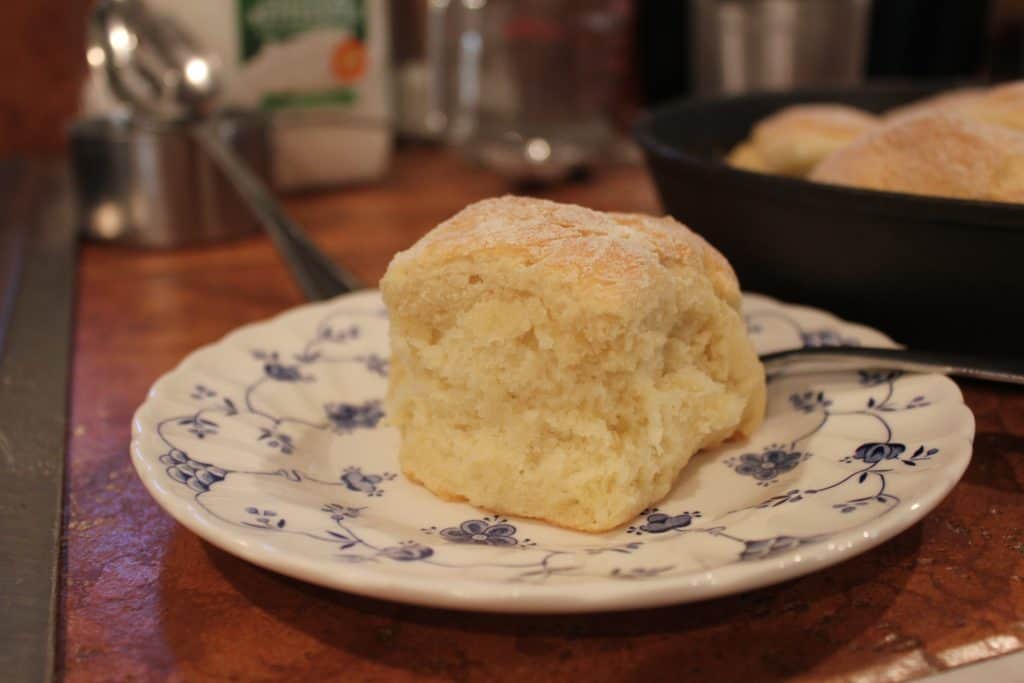 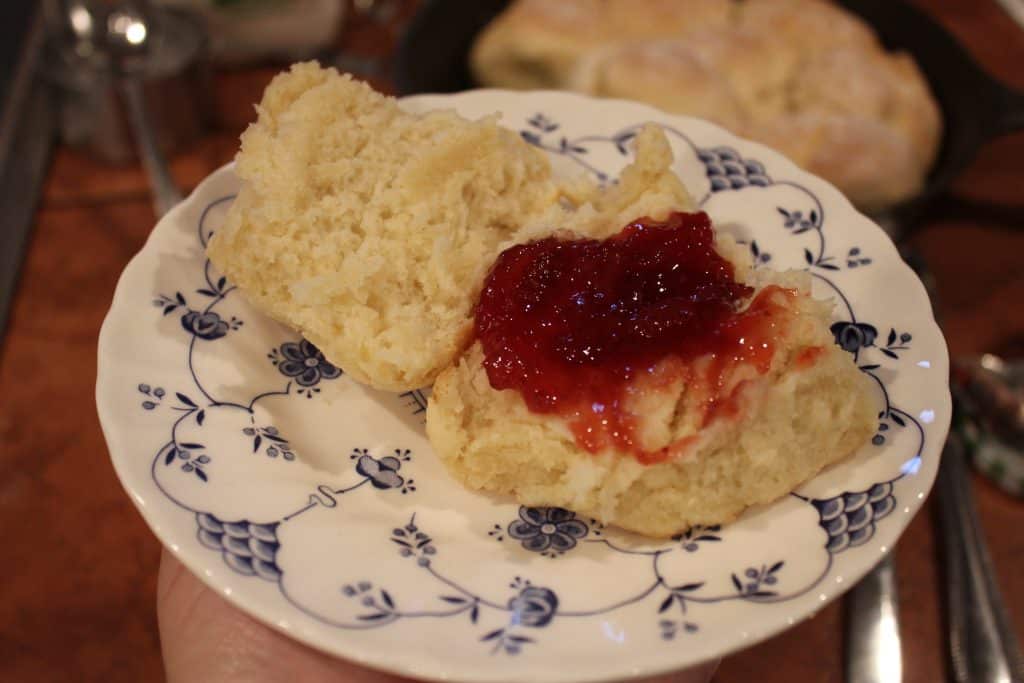