If you are a person who composts, you are probably all too familiar with the ugly compost bucket. That putrid, smelly thing that wreaks and oozes and makes your stomach turn every time you get close. You know you’re doing the right thing…your sister may have even told you so. She may have even pestered you for YEARS that you needed to compost…even though you did NOT in fact, have a garden. This is how the whole composting thing went down for me. I always liked the idea of composting…I just didn’t have the need or desire to do it.

Last year, my husband and I planted a 4×8 foot raised bed garden. It was mostly herbs and a few tomatoes and peppers. I wanted a ‘salsa garden,’ but I’m not exactly a ‘planty’ person. As in, my thumb is on the black end of the spectrum, far from being on the grassy green side where plants actually live to see the light of day. Well anywho, I decided that I would finally take the advice of my sister, Starla and start composting. My tiny garden was in really inexperienced hands, and the poor little thing needed all the help it could get.

Let’s just be honest, composting is gross…and ugly. You have that hideous bucket sitting on your counter top ruining your feng shui…and your appetite. It’s great for the garden, noble to keep scraps from going to the landfill, great for the earth, all the things. I just needed a way to make its presence in my kitchen slightly less appalling.

That’s when I decided that compost in my house was going glam.

I found a really cool mid-century ice bucket at an antique store and it occurred to me that it may have another use. That’s right, my compost got a glam upgrade in the form of an ice bucket.

It might seem a like a shame for an ice bucket to be dragged down to such a lowly state. For me, ice buckets conjure images from silvery scenes in old Hollywood films. You know the ones, the women are always dressed in evening gowns, the men dressed in suits, and they always seem to share a drink poured from a crystal encrusted bar cart. That was such a glamorous time period! But I have to say, it turns out that compost is quite a practical use for an ice bucket. It makes perfect sense because the lid has to seal off in order to keep the ice cold, or in this case, it keeps the stench contained. The other perk is the fact that the lid is easily removed. I have had different buckets over the last year, several of which I had to wrestle the lid off of…and believe me, you don’t want to get that personal with your compost bucket…

So, if you are a person who is just getting started with composting, my tip for you is to keep it glam, keep it pretty, keep it *stink-free*…with an ice bucket! God bless! ~Shanna 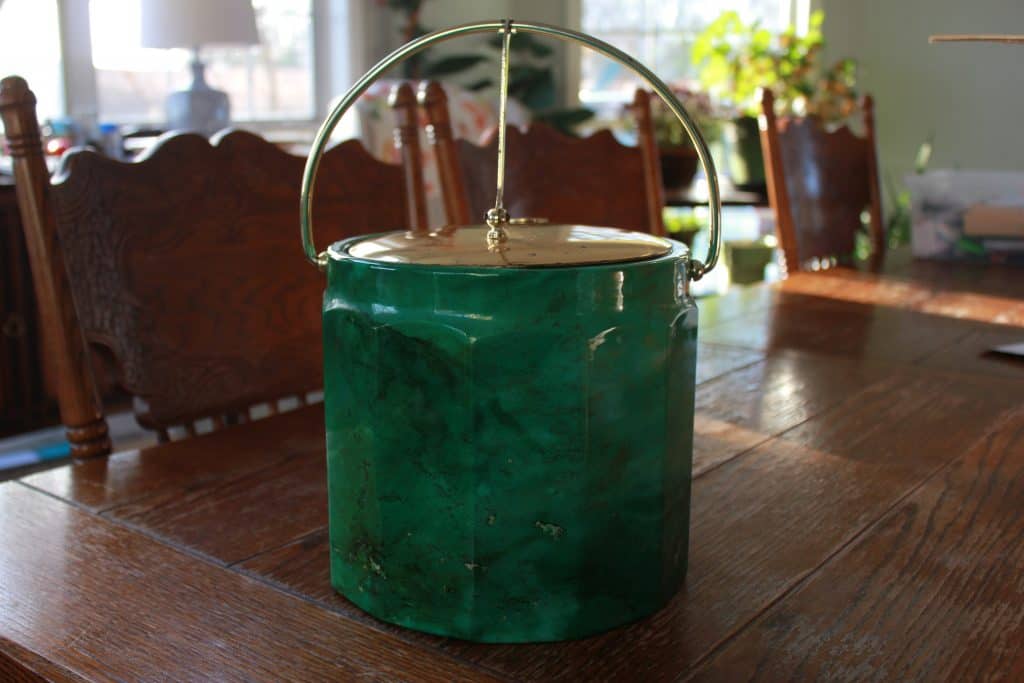 My mom was impressed with my under-glamorous-cover compost bucket, so I bought this one for her.

I love how the lid works on this one! 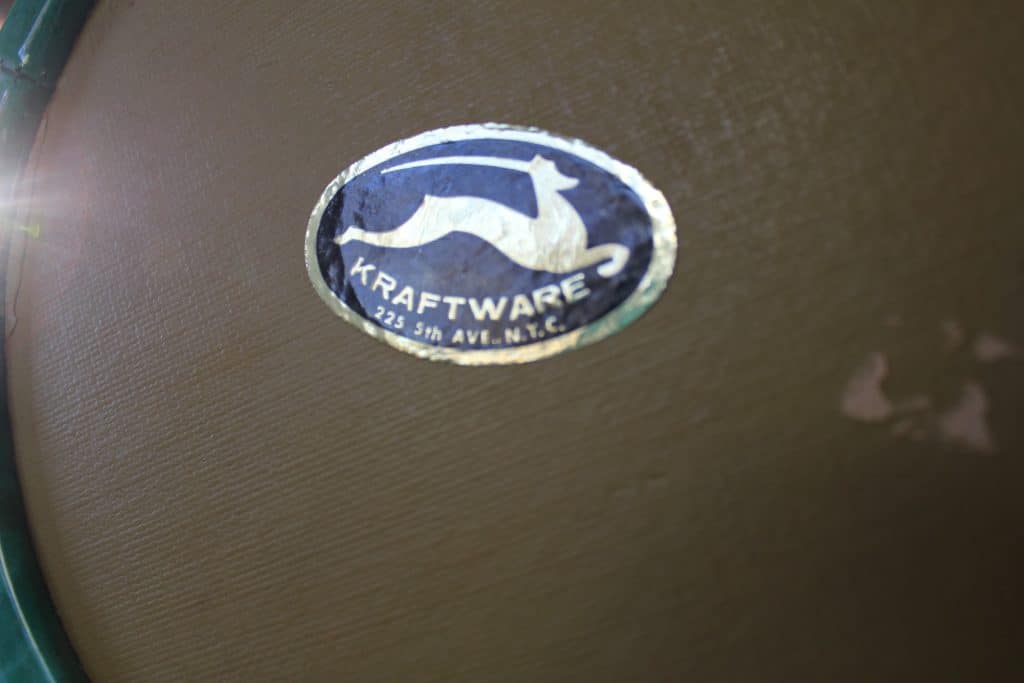 I bought this ice bucket from Frog’s Flea Market for $6. Its former life must have been quite extravagant as it was purchased from a store on 5th Avenue in New York City. 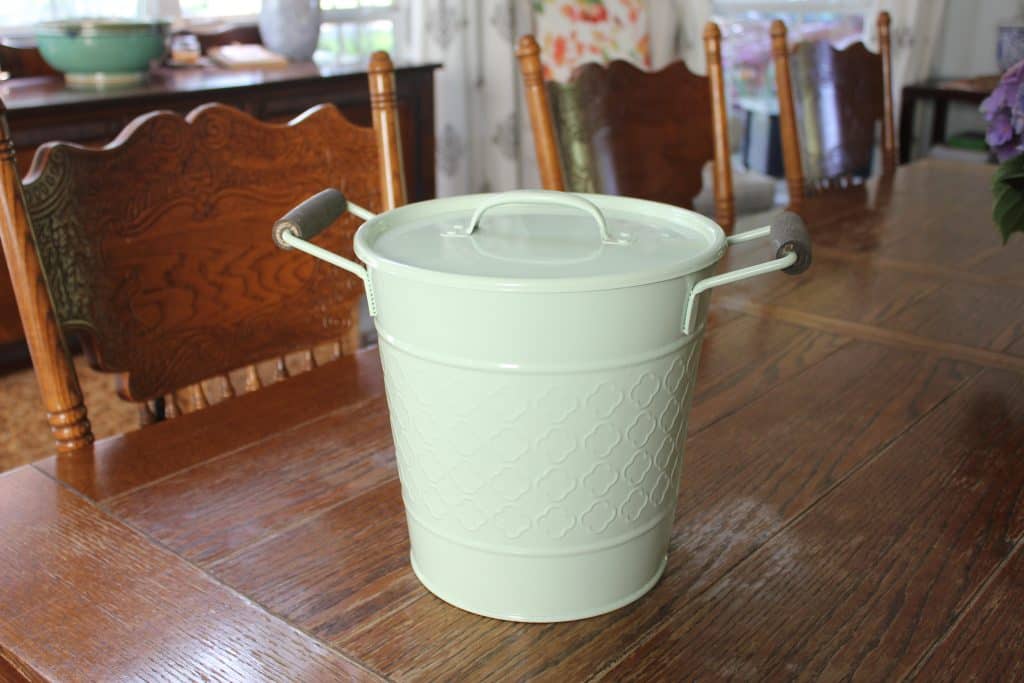 This is my latest compost bucket from TJ Maxx-$12